I had always resisted the idea of accepting commissions, but when a friend asked me if I’d complete a painting of his boat, I agreed on the condition that I would spend some time on the boat and if anything came of it, that they liked, then they could buy it.

Their boat was a A 1961 ketch rigged motor sailer designed and built by James N Miller & Sons Ltd. of St. Monance, Fife. I traced the history of the boat and St Monance and its ship building traditions. The owner gave me some charts of the Solent where they had sailed for many years. These seemed like an appropriate surface to work on

I started with a series of charcoal drawings of the boat and spent some time aboard. The first artwork that I completed was a collage made using the solent charts, and cuttings of Fifer Royale and photographs of the boatyard where it was built.

The process of researching and being present with this old wooden boat was helpful in completing work on a subject that I would not normally take on. This boat had been laid up on the Wharf during the previous winter and I decided that the next artwork would be a painting of the boat out of its normal environment, up on the wharf.

Finally I completed a number of traditional watercolour paintings of the boat entering Carrick Roads with Pendennis Castle and Black Rock in the background. The customer chose one and after framing it was installed on the bulkhead of the boat, and hopefully is still there. 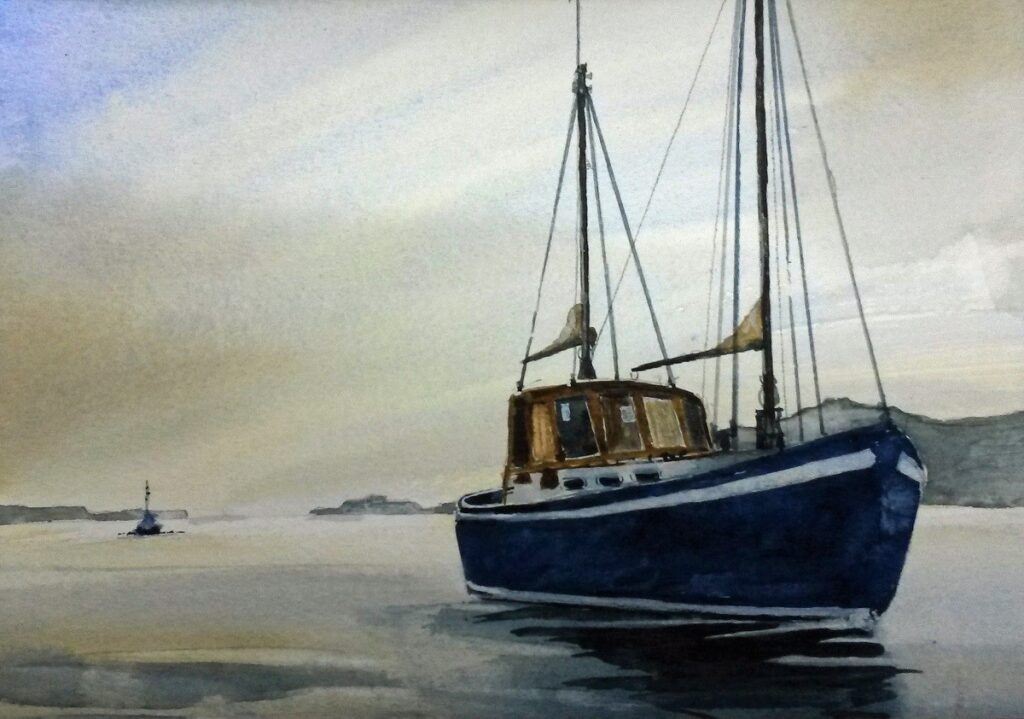